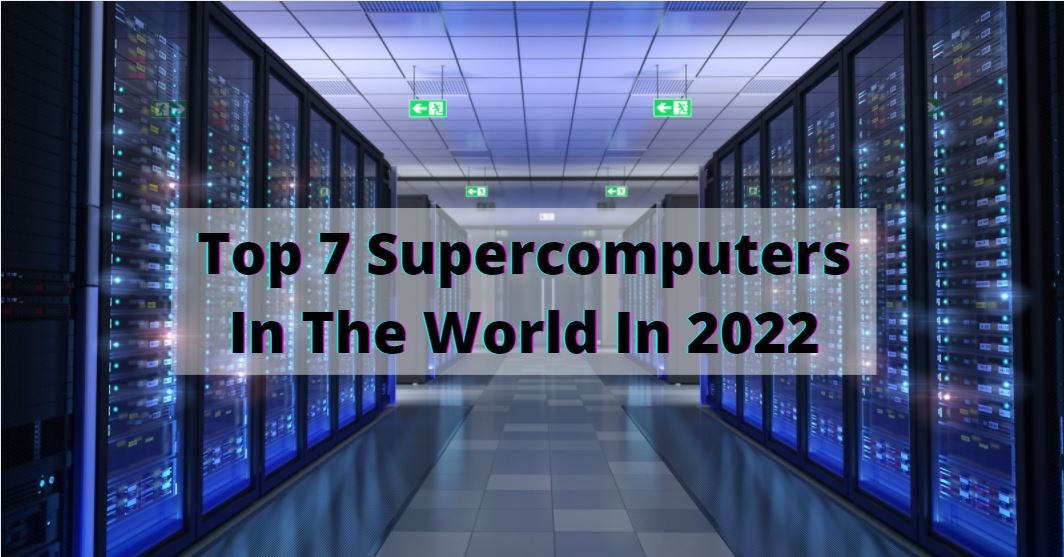 Top 7 Supercomputers In The World In 2022

Fujitsu created Fugaku, a supercomputer at the RIKEN Center for Computational Science (R-CCS) in Kobe, Japan. The system set a new world record on HPL with a result of 442 petaflops, putting it three times ahead of the number two system in the list. Fugaku’s current studies are primarily focused on COVID-19-related fields, including drug discovery, forecasting the conformational dynamics of proteins on the SARS-Cov-2 virus, and COVID-19 protein fragment molecular orbital (FMO) calculations. It has low power consumption, excellent computing performance, user convenience, and the ability to generate ground-breaking findings and a design that is well suited for AI applications such as deep learning.

Tianhe-2A is also called the Milky Way-2A. Tianhe-2, a supercomputer built by the China’s National University of Defense Technology, has a processing speed of 33.9 petaflops, over twice that of Titan or Sequoia and more than ten times that of Tianhe-1A. A mix of Intel Xeon E5 processors, custom processors, and Intel Xeon Phi coprocessors run the system, which has around 3,120,000 cores. Simulation, analysis, and government security applications will all be possible with it.

This system was created and installed at the National Supercomputing Center in Wuxi by China’s National Research Center of Parallel Computer Engineering & Technology (NRCPC). Sunway TaihuLight is packed with 40,960 SW26010 64-bit RISC manycore processors. Every one of its processors has 256 processing cores and four system management cores, for a total of 10,649,600 CPU cores. As of November 2018, Sunway TaihuLight, a Chinese supercomputer, is rated third in the TOP500 list. The supercomputer will be able to process data at a speed of 93 petaFLOPS as a result of this.

It’s utilized in advanced manufacturing, climate research, data analytics, earth systems modeling, and life science research, among other sectors. It’s also known to be successful in maritime forecasting, assisting ships in avoiding rough waves, and assisting offshore oil drilling. This supercomputer has taken part in studies such as the simulation of the universe’s creation and expansion utilizing ten billion digital particles. The SW26010 processor, designed by Shanghai High-Performance IC Design Center, is used by the computer, which runs the Linux-based Sunway Raise OS 2.0.5.

Summit is the most energy-efficient machine in the top ten supercomputers in the world, in addition to its massive capacity. Summit supercomputer, built by IBM for Oak Ridge National Laboratory, has 200 petaFLOPS of processing power, making it the world’s fastest supercomputer. It has a current LINPACK benchmark of 148.6 petaFLOPS. It gives scientists access to massive computing capacity, allowing them to tackle previously unsolvable problems in energy, artificial intelligence, human health, and other fields. Each node at the summit has two 22-core Power9 CPUs and six NVIDIA Tesla V100 GPUs. Summit is currently a key player in the worldwide race to find COVID-19 treatments and vaccinations.

Sierra, the second Advanced Technology System for the National Nuclear Security Administration, is being created for the Lawrence Livermore National Laboratory as one of the world’s fastest supercomputers (NNSA). With the a peak of 125 petaFLOP/s, IBM’s Sierra supercomputer offers about six times the sustainable throughput and even more than five times the sustained scalable scientific performance of Sequoia. It has a similar structure to the Summit supercomputer, with two Power9 CPUs and four NVIDIA Tesla V100 GPUs in each of its 4,320 nodes.

It includes two computing subsystems: one for double-precision performance and another for single-precision streaming-memory computation. Frontera also offers a range of storage systems, cloud and archive system interfaces and a number of virtual servers. Also, Frontera supports research in a wide range of fields, including quantum mechanics, drug creation, virus eradication, and black hole physics. Simulation, modeling, machine learning, and large data are just some of the academic tasks Frontera is built for.

The BullSequana machine, developed by Atos and placed in the Forschungszentrum Jülich (FZJ) in Germany, is new to the list. JUWELS, like the Selene system, is based on modular system architecture and is powered by AMD CPUs and NVIDIA GPUs. It’s a component of a modular system. Connecting these modules is done with the ParTec Modulo Cluster Software Suite. The Booster Module, like the fifth-placed Selene system, employs AMD EPYC processors with NVIDIA A100 GPUs for acceleration.

The JUWELS Booster Module, which is Europe’s most powerful machine, accomplished 44.1 HPL petaflops on its own. Currently, JUWELS is working on a number of projects, including drug binding on biologically relevant timescales are being studied, deep learning-based high-resolution weather prediction, Simulations of plasma for next-generation particle accelerators